The balloons have and always will be the shining stars at Balloon Fiesta. However, over the years we’ve welcomed some amazing musical artists who have entertained our guests when the balloons are off the field. We've had the honor of hosting musical guests such as 3 Dog Night, Old Dominion, Michael Ray, the Marshall Tucker Band, Little Texas, Darius Rucker, Sawyer Brown, Josh Turner, the Band Perry, Chris Young, and Billy Currington. This year's line-up continues our commitment to the hottest acts preceding a beautiful evening of balloons.

Music Fiesta™ is Proudly Sponsored by ***Please note: Music Fiesta is rain or shine. No refunds will be issued***


If you experience difficulty completing your ticket purchase, please call 855-725-1824 for assistance. 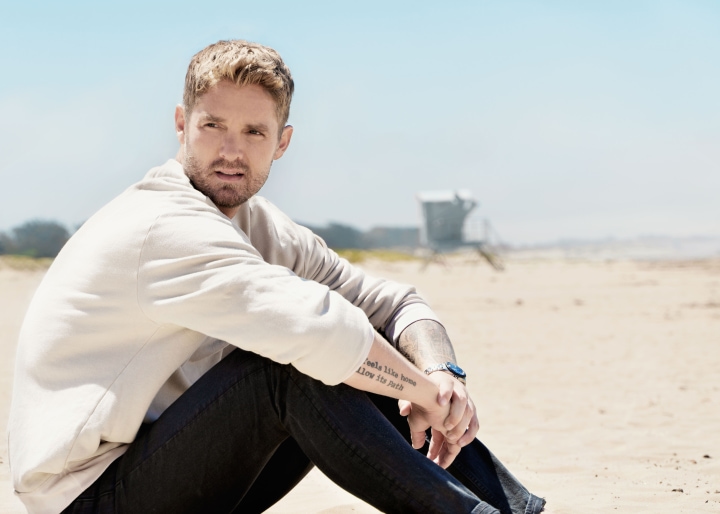 The “Here Tonight” country-pop artist made a PLATINUM-certified entrance in 2016 with his #1 hit, “Sleep Without You” and hasn’t stopped since. Other hits include “In Case You Didn’t Know,” which spent two weeks at #1 and became the second-most purchased/streamed country song of 2017 and his number one single “Like I Loved You.” Young has been named ASCAP’s 2018 Country Songwriter-Artist of the Year and received the top honor of Song of the Year at the BMI Country Awards for “In Case You Didn’t Know.”

The epitome of the phrase “persistence pays off,” Jimmie Allen laid it all on the line to make his dreams a reality. Now signed to BBR Music Group’s Stoney Creek Records, Allen’s debut single “Best Shot” is a certified hit, claiming the spot as the No. 1 Most Shazamed song in the format for eight consecutive weeks, and claiming the No. 1 spot on Country radio for three weeks, marking the first time a black artist has launched a career with a No. 1 hit with their debut single on Country radio.

On October 12th, Allen released his hotly-anticipated debut album, Mercury Lane, named in tribute to the street he grew up on and the origin of his incredible journey. Featuring a cutting-edge mix of country, rock, R&B and pop, Mercury Lane draws upon the influence of his family and small-town upbringing of the critically-acclaimed rising star. Rolling Stone raved Allen’s debut “challenges the narrowly defined model of what constitutes a next big thing in country music in 2018.”

The Southern Delaware native’s talent for songwriting is undeniable, having written a song that was featured in a Super Bowl commercial and appearing in a Diet Coke ad with megastar Taylor Swift. “Blue Jean Baby,” off his debut self-titled EP, immediately caught the attention of country music fans and critics alike with its soulful groove— rocketing it to the top of digital playlists, across all genres. After introducing his music at festivals across the country last summer, this winter Allen will hit the road once again to share the stage with Kane Brown and Scotty McCreery. The hot newcomer has already been heralded as one of the top “artists to watch in 2018” by Rolling Stone, Billboard, Pandora, Sounds Like Nashville, NY Country Swag, Country Music Rocks and New England Country Music and has earned spots in CMT’s “18 for 2018” Listen Up program and Bobby Bones’ Class of 2018.

Influenced by his father, Brandon Saiz has been around the music industry his entire life. Born and raised in Bernalillo, New Mexico he grew up listening to greats such as Merle Haggard, Garth Brooks, and George Strait. Brandon Saiz has since honed his unique country sound and energetic performances with his 2019 single release “Tequila & Two Step” that has been streamed in over 57 countries! (Available on all music streaming platforms.)

In late 2018 Brandon Saiz decided to start his band The Brandon Saiz Band. “I decided I wanted to follow a passion that’s in my blood,” said Brandon. Within a short amount of time, he was able to lock in some of the best musicians in town. On drums - Sonny Garcia, Bass Guitar/Harmony- Daniel Herrera, and Lead Guitarist- Ron Sanborn. “These guys are some of the best in the business,” says Brandon.

The Brandon Saiz Band has been storming through New Mexico performing at different venues/festivals almost every weekend. Sharing the stage with Nashville recording artists such as Love & Theft, and Texas recording Artist Josh Grider. ABQ Live The Magazine featured Brandon Saiz in their December 2019 magazine.

“The Brandon Saiz Band has just begun,” says Brandon. “If you haven’t come out to see us we look forward to seeing you, & for our fans THANK YOU!”